Bill Stewart and Me 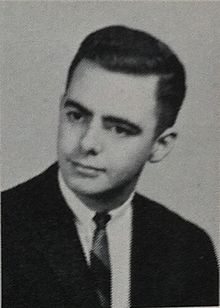 It is not often in our lives that we get to have a very best friend. At least it hasn’t happened to me very often. So this story is about my very best friend, William D. Stewart.

Many of you will remember William D. Stewart as the ABC journalist who was murdered by a Nicaraguan soldier during that country’s revolution in 1979. Bill was a channel 10 reporter until he left for a gig with WCCO-TV in Minneapolis in 1974. WCCO was known in those days as a stepping stone to network news for on camera reporters.

I was first made aware of this warm, gentle and exceedingly professional journalist when I was interviewed for the job of writer/reporter/producer at WCAU-TV in July of 1968. Barry Nemcoff, the news director, commented that I looked like Bill. The story of how I got my job will be the subject of another blog post, but part of it certainly was that I reminded Barry of Bill Stewart, and Bill was off studying at Columbia University having won the coveted CBS Foundation Fellowship for that year.

Bill resumed his work covering stories in Philadelphia and anchoring weekend newscasts at the end of the 1968-1969 academic year. And to my very great surprise, though we had absolutely nothing in common but work, we became fast friends. We often dined out together with our wives, and celebrated birthdays together. My nickname for him was Willy. Bill’s wife Myrna was, herself, a very dear friend.

Bill was aware of my desire to build my own production company and while he was always guiding me in my journalistic pursuits, he recognized the dichotomy in my career – to borrow from Hamlet, whether it be nobler in front of the camera or behind it.

We were often seen together at restaurants after the evening news. Bill, as an occasional anchor, was for more recognizable to the general public than I. That we looked alike was not lost on people who saw us together. So it was a source of great laughter for us both that one maître d’ at a restaurant in town looked at this young man, born in the hills outside Lexington, Kentucky, and said to him “Mr. Stewart. I see you’ve brought your brother with you this evening.” “Yes,” was Bill’s instant response. “This is my Jewish brother from New York.”

When Bill made his way to Minneapolis and established himself as one of their top reporters, he urged me to apply for a producer’s job at WCCO. But I was set on building my business. In 1975 when I came to visit Bill and Myrna, I was already deeply involved in the North American Soccer League, and World Team Tennis film production contracts.

By 1979, Bill was a rising star at ABC News. I had an office in Manhattan and we would occasionally meet for lunch near the studios. He introduced me to Barbara Walters in an elevator at ABC one day and that was just after he and I had enjoyed a very memorable luncheon at Tavern-on-the-Green in Central Park.

Bill had just returned from covering the Iranian revolution. “When I saw little puffs of sand at my feet, I knew people were shooting at me” he told me. He was scared. In fact, he was convinced, if he didn’t leave television news, it would kill him. He planned his own funeral after he returned from Iran.

“Bill”, I said, “why you don’t come join me doing corporate film work.” By then, I was producing corporate image films for Phelps Dodge Copper and training films for Zimmer, the orthopedic manufacturer. He thought about it seriously. He knew officials at Ashland Oil in Kentucky and figured he could get us work there. We started to make plans for his eventual departure from ABC and his role working with me.

I was so pleased to be able to call Bill and Myrna and let them know I’d found someone new in my life – the woman who I would marry in 1980. We’d just started living together in Wilmington in 1979 and Bill and Myrna were supposed come by train to Wilmington and spend the weekend with us. On the day he was to arrive, he called in the morning. “What time’s your train, Bill” I asked. “Can’t come. They’re sending me to Nicaragua to cover another revolution. Where the hell is Nicaragua anyway.” I pulled out a world atlas.” Well, if you head south from Mexico, there’s Honduras first and then Guatemala and Nicaragua’s next. South of that is Costa Rica and Panama before you get to Colombia in South America.”

By the next morning, I was watching the ABC morning news and Bill was already on the air. His stories were mostly political analysis of the what was happening in the revolution. But on NBC, reporters were capturing bullets flying at the front. ABC instructed him to get closer to the fighting.

Two days later I was sitting at my desk in my production company headquarters in Valley Forge. The phone rang. It was Chuck Satiritz – an editor and later cameraman at channel 10 who’d worked closely with me not only editing my stories when I was a reporter, but often working freelance on my company’s film and video projects. “I’m so sorry to tell you this, but I just saw a bulletin on the AP wire – Bill Stewart is dead. He was shot and killed in Nicaragua.” “That’s impossible” I said in disbelief. “I just spoke to him Saturday morning. We’re getting together when he gets…” and then it started to sink in. That feeling that all your bones are cold and nothing will ever be right again. “I have to go New York” I told Chuck and hung up. I needed to be with Myrna. I booked a room at the Americana Hotel in Manhattan and drove to 30th Station. I took the next train to Penn Station. I grabbed a cab and headed for their apartment on West 64th Street, near the ABC studios. The cab driver, just making conversation, said “Did you see that video of that reporter getting killed?” I started to cry. I explained he was my friend. How does something so personal get shared with perfect strangers who have seen your best friend die before their eyes?

When I arrived in Bill and Myrna’s apartment, there was a crowd of other friends, ABC executives and some of her relatives. Her brother asked me if I could disable the cable system so she couldn’t see the horrible last moments of her husband’s life. I quickly removed the appropriate cords. Myrna was aware the video existed but agreed it would be best not to see it now.

I stayed there until I was convinced she would be OK and then headed over to the Americana. After checking in, I turned on the late news on New York’s channel 11, WPIX-TV and there it was. The crew was shooting from inside their van as Bill was led at gunpoint to a line of soldiers. He was protesting in broken Spanish that he was an American Journalist. They forced him down on his knees, and then to lie flat on the ground. He saw a soldier aim a rifle at his head, and he turned just as the shot tore through his brain. At the funeral, his father would remark at how amazing the morticians had been in restoring his features.

The funeral Bill planned after his scare in Iran included a small service in a country church outside Lexington with a fire and brimstone preacher. The crowd of friends, dignitaries from our industry, executives and leading journalists from around the nation, filled the little church to capacity. He even planned that I would be one of his pallbearers.

And we put Bill in the ground, ending the story of Bill Stewart and me, except for this. Every year, on the Jewish Day of Atonement (Yom Kippur) we have a service called Yizkor. It’s a remembrance of those we’ve lost. Every year I remember my dad, the family we lost in the Holocaust, and my dearest friend, William D. “Willy” Stewart.