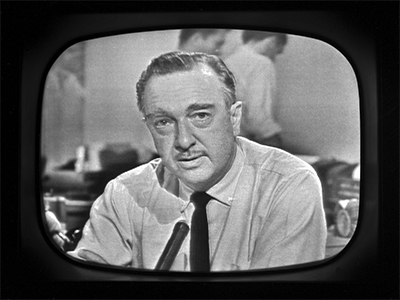 My journey in broadcasting took an unusual turn in 1967. I’d been news director at my college radio station, a news writer for a small rock radio station in Lancaster, PA, and an anchor, reporter and occasional film processor for WLYH-TV in Lancaster. (Yes – I was a television anchor making the big bucks – $1.35 an hour – minimum wage in 1967.)

How I got to CBS in New York for the summer of 1967 as a management trainee will be the subject of another blog post. But what was significant were the people I met who influenced my life and the experience I gained which shaped my future even to the present moment.

From my parents’ home in Queens, I would make my way by subway or car to the CBS Broadcast Center on 57th Street between 11th and 12th Avenues every morning around 7:30. I’d sit down in the company cafeteria and have coffee with Charles Kuralt and others who anchored the CBS Morning News. I would gape at Eric Sevareid – too star struck to have a conversation.

After work, I sat either in studio 31’s control room watching Cronkite’s news program unfold, or in the WCBS-TV control room while the hour long news with Jim Jensen made its way from script to air in an amazing bustle of producers, production assistants, directors, technical directors, projectionists, and tape operators.

I had some key accomplishments that summer. I produced a management study documenting how the network’s broadcast of North American Soccer League games were eating into local broadcast time and revenue. The irony was that 7 years later I’d be producing soccer highlight films for NASL teams.

One week I filled in for the WCBS-TV traffic manager. I’m proud to say I rejected a Ty-d-Bowl TV commercial featuring a little guy in a little row boat being flushed down a toilet. “Bad taste” I told my colleagues. I was overruled by sales.

But the one single moment that stands out in my memory of a very memorable summer occurred in my first week. I was instructed to report to the CBS Television Stations Division headquarters on the 25th floor of Blackrock – the CBS office building at 51 West 52nd Street in Manhattan – a cab ride away.

I stood in front of the Broadcast center on the West Side of Manhattan, arm outstretched hailing a cab. The taxi pulled up and I began to open the door. A voice behind me spoke in clipped, authoritative, important, world shaking tones. It said “I think that’s my cab.” Walter Cronkite. Unmistakably Walter Cronkite. “Where are you going?” he asked. “Blackrock” I managed to squeak out. “So, am I – let’s ride together.”

I couldn’t believe I was riding in the back seat of a New York City cab, at the age of 20, sitting next to the most revered individual in American Television Journalism – the man who inherited the mantle of Edward R. Murrow, and the man who 10 months later would return from Vietnam and tell us all that the government was lying to us about body counts and the war’s progress much as Murrow told us the truth abut Joe McCarthy.

He asked me about my job and I told him I was a college student working as a management trainee for the summer. But I explained that news was my real goal. “What do you see yourself doing in news?” he asked. The answer was the kind of thing you can only say when you’re 20 and life has no limits. “Actually, Walter” I said, “I want your job.”

Graciously, he did not stop the cab and throw me out. Instead he offered advice. “Well, you need solid writing experience – newspaper, wire service – and you have to work out of town for at least 5 years.” His answer was the advice of a journalist not a TV anchorman.

As best I could, I followed Walter’s advice. I went back to Lancaster, worked for WSBA Radio in my senior year. And when the following summer I started my 6-year adventure at WCAU-TV, sports reporter Hugh Gannon assigned a nickname to me. He called me “Network.”

There are so many accolades this preacher and civil rights giant received and deserved during his lifetime, that anything I write about him would pale in comparison to the total story.

We in the Philadelphia media remember him as the pastor of Zion Baptist Church in North Philadelphia and as the author of the “Sullivan Principles” – rules governing corporate connections to apartheid South Africa. From his perch on the Board of General Motors, his relentless focus on South Africa’s brutal and oppressive regime helped lead to the ultimate unraveling of apartheid and the rise of South African democracy led by Nelson Mandela.

Here in Philadelphia, he founded a number of organizations designed to improve economic conditions in the city’s most blighted areas. The Opportunities Industrialization Center was one of them.

Leon Sullivan was a giant of a man. Well, I guess that’s obvious from the stuff I’ve written above. But what I mean is, he was a giant. He was 6 foot 5 inches tall. For those of you who know me, you’ll remember that even at my tallest, 5 foot 7 was a stretch. (I’ve shrunk a bit these last years.) So let me set the scene for you.

Zion Baptist Church burned to the ground in 1970. Under Rev. Sullivan’s leadership, funds were raised to rebuild it. And on a Sunday, in 1973 he was going to deliver his first sermon in the rebuilt church. It was also a Sunday when I was assigned as THE street reporter (we only had one covering the weekend) for channel 10. So, I arranged for an interview.

My cameraman was Joe Mayer. And Joe knew a perfect spot where Leon and I could have this interview so that the gleaming, sun drenched spire of Zion Baptist Church would be visible between our heads as we talked to each other. One problem. How could I possibly get my head even with Leon’s? Joe’s answer was for me to stand on the metal camera case for the old 16mm sound cameras we used in those days.

It was a perfect shot. Leon was brilliant and eloquent describing how the church rose from the ashes. I was pleased. What I didn’t know is that prior to setting up the relatively tight shot of our two faces with the spire between them, Joe rolled off some footage in a wide shot tilting down to reveal this short-ass reporter standing on the metal case. Guess which piece of film made it onto the blooper reel at our Christmas party that year?

As for Leon, I continued to see him, meet him and talk to him over the years after my career in broadcasting ended. I had a sales office in Manhattan and Leon and I would often meet by chance at 30th Street station. He was generally heading to Washington and I was off to New York, apparently on trains that left at roughly the same time. I can tell you without hesitation that for all his accomplishments, he was a gentle and humble human being. And it was my great pleasure to have known him. We can certainly say that I looked up to him.

I was a bit player in Philadelphia’s media journalism history – a writer, reporter and news producer at WCAU-TV from 1968 to 1974. But in those days, turbulent times for America and Philadelphia, I collected memories and met amazing, controversial, sometimes criminal characters who are themselves a collage of all that’s made Philly an extraordinary place.

In these pages, you’ll read my encounters with many of these characters. I invite those of you who witnessed these same events and people to comment, to add your own stories of all those people and happenings, and certainly to correct an aging reporter’s memory where the facts may have slipped a bit since the days of my youth.

I’ll be adding stories about the characters and events that shaped my journalism career, and in many ways, my future, over the weeks and months to follow. But here is a list of just a few you can expect to read about:

Eugene McCarthy, Frank Church, Skip Jackson – the anti-war triumvirate in the US Senate 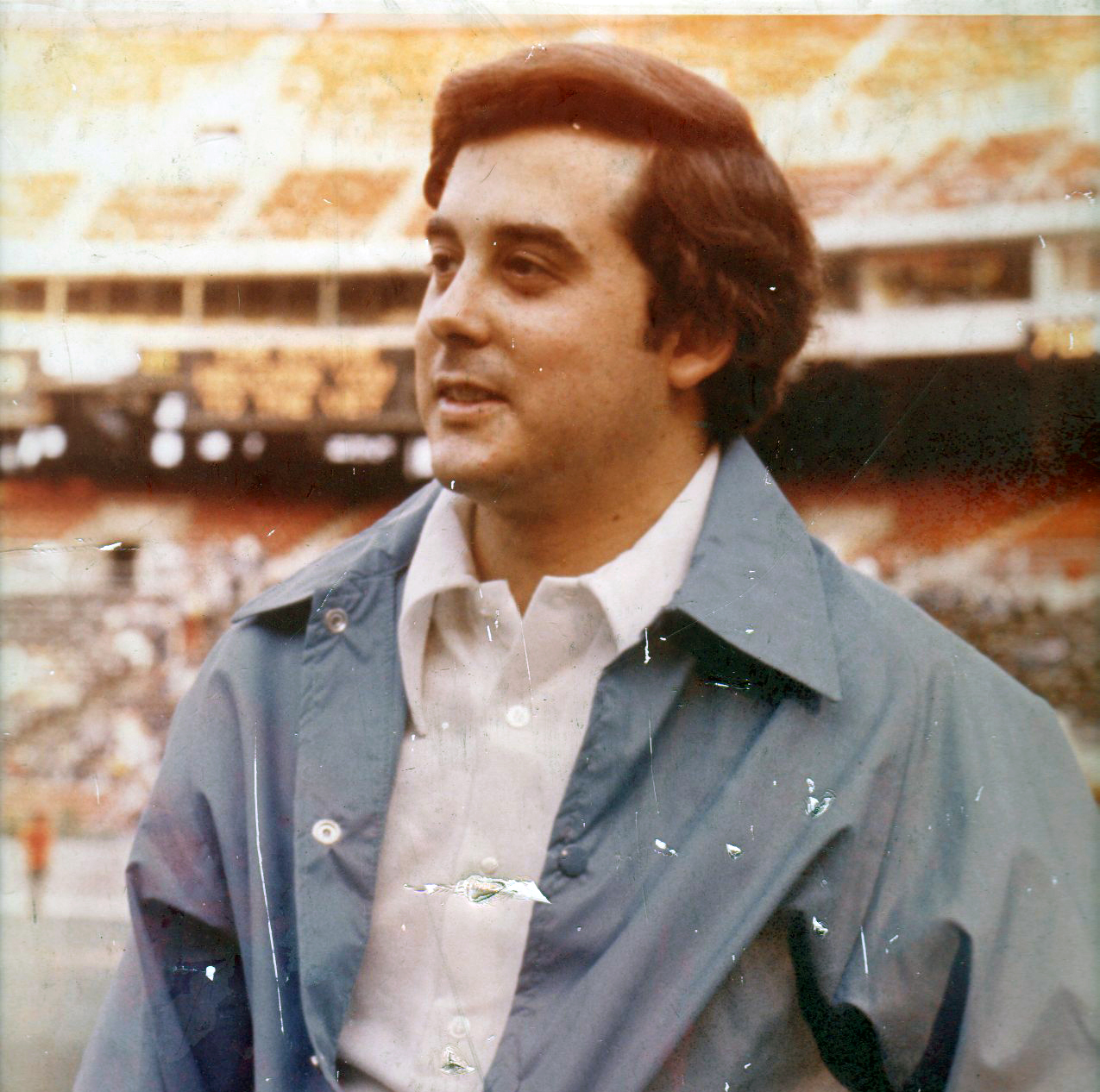 1974: On the field at Veterans Stadium directing a soccer shoot for the Philadelphia Atoms